'Moscow is bright, cosy, busy and beautiful' by Lydia Haacke 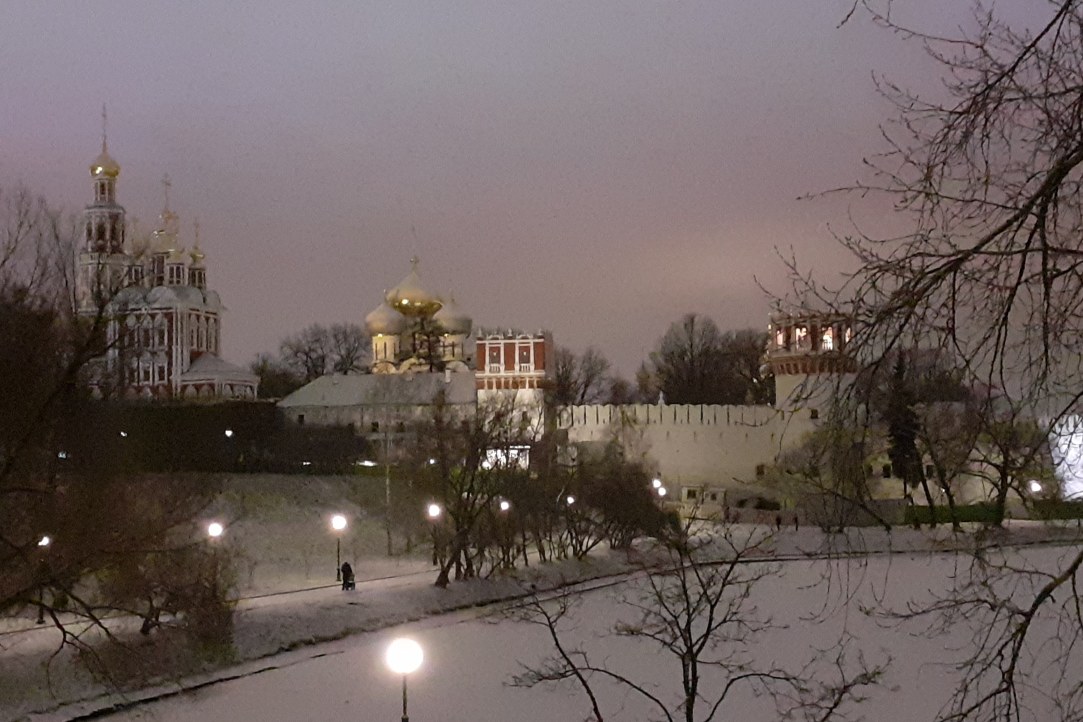 Before I arrived, I was prepared by my mother – who lived in Moscow back in USSR-times: “there is nothing available”, “it is dangerous”, “no one speaks English”. (She was half-right about the last one, as I quite often struggled getting by with whatever Russian I know, especially in the beginning). However, that is not what Moscow is like now. To me, it was an amazing city with all the opportunities to occupy my time I could and could not even think of.

It is bright – on New Years, with the fireworks and the amazing little festival-style market on the Red square.

It is cosy – in all the different cafés, which where my personal favourite. I would recommend to anyone to try the small ones that do not belong to a big chain.

It is busy – the streets and the metro are never empty, there is always something to hear, smell and see.

And it is beautiful – in the way tiny churches are hidden between skyscrapers, in the way the Moscow River’s riverbanks are illuminated and in the way modern buildings stand right next to their older counterparts.

I got a lot of strange looks when I told people I study astrophysics. After all, the faculty is rather young, and wouldn’t I need to know Russian to visit the lectures?

First of all, I had planned to take courses from other faculties as well and was really happy that HSE allowed this. It meant I could learn basics of what I wanted and needed to know to make progress in my subject but had never had time for before. And I could choose the best lectures to do so because the course selection system allows for a tryout period during which exchange students can see what the lectures are like and then decide on their official choices.

Second, yes, I would need to know Russian for my major, but I received an amazing amount of support from the physics faculty. The professor agreed to let me take the exam in English and so I was able to visit my lecture of choice and do really well.

Sticking to my plan was not always easy, as the lectures tended to overlap and change schedule quite a bit. However, there is always someone to email who knows whom to email in order to still make your schedule work.

Learning the language was one of my main goals for the exchange, hence why I chose to stay the whole academic year. The language courses offered at HSE might not have been for everyone, but I got a really good teacher who even taught the follow-up level in the second semester. And even though I chose Russia because I wanted to learn about and experience its culture, one of my favourite parts of the language course was how many different people there were from different countries.

Finding Russians to practise with is hard, however. I found it the easiest to speak to people when I went in with the mindset that I would have to speak Russian and didn’t even ask anyone if they knew English. It was comparatively easy for me to meet Russian students, because in most of my lectures I was the only international student and I did not end up in an “international bubble”.

I also took part in HSE’s tandem programme, and I still practice with my partner even now that I’m back home!

Not knowing the language of the country you are living in is frustrating at times. However, I went from freezing up as soon as someone spoke to me in Russian to following an entire lecture and being able to live in Moscow without major hickups.

Unfortunately, my big travel plans got cancelled along with anything that should have taken place in the second semester due to Corona. So do not push back your travelling because “there will be more time later”! Apart from a trip to Murmansk, my favourite are the Golden Ring cities, which are easy to visit within a day or two.

And because I’m missing the big railway trip or other big travels, some of my best memories are from when my Russian friend took me to play paintball or when I went on a midnight city walk with my tandem partner. There is a lot of small and fun things to do in Moscow even apart from the main tourist sites.